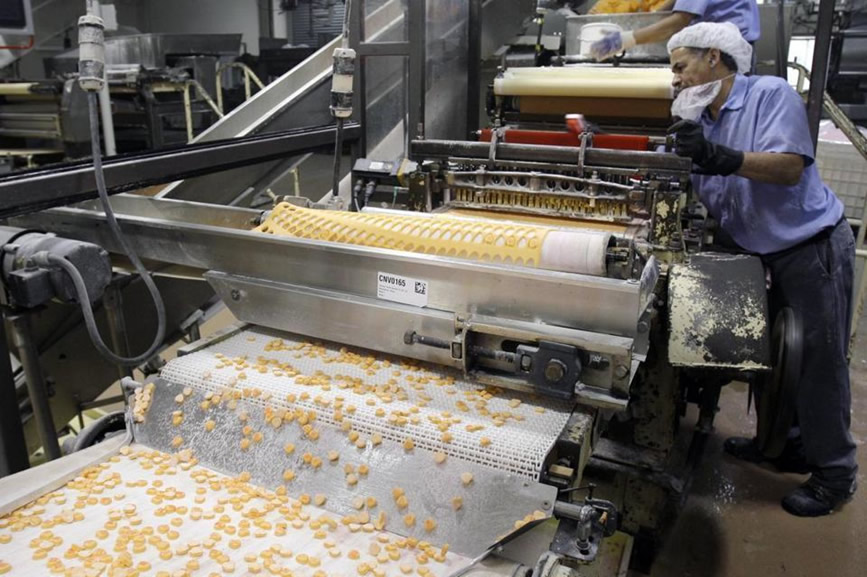 01 JunIn a Sweet Plot Twist, the Owner of Twinkies is Necco’s Buyer

The sale of Revere-based Necco officially closed Thursday, but there was an unexpected plot twist — the new owner is not the family-owned candy company that won last week’s bankruptcy auction.

The New England Confectionery Co. was instead sold for $17.33 million to an affiliate of billionaire C. Dean Metropoulos, who bought Hostess Brands, maker of Twinkies, out of bankruptcy in 2013.

The final price was $1.5 million lower than the winning $18.8 million bid entered May 23 by Spangler Candy Company of Ohio — which makes Dum Dums lollipops and the orange marshmallow Circus Peanuts.

The sale to Spangler was supposed to close May 25, but on May 24, Spangler told court-appointed trustee Harry B. Murphy, of Boston firm Murphy & King, that it was “unwilling to close without a substantial price reduction,” according to an emergency US Bankruptcy Court filing by Murphy. He requested that Necco be sold instead to runner-up Round Hill Investments LLC, which is chaired by Metropoulos. Round Hill placed a bid of $18,580,000 during the auction before it dropped out of the proceedings.

Due to the expedited timeline to close the sale with Round Hill, combined with the Memorial Day holiday, and citing the “substantial expenses” it had already incurred, Round Hill asked to submit a reduced purchase offer.

On May 25, Murphy asked both Spangler and Round Hill to submit by the end of that day one last bid for Necco, starting at $17.33 million, the point at which lead auction bidder, Boston-based liquidator Gordon Brothers, dropped out of the original bidding.

Spangler did not offer a bid, so Round Hill won with its bid of $17.33 million. The official owner is an affiliate of Round Hill, Sweetheart Candy Co. LLC, which is owned by Dean Metropoulos, and his sons Evan and Daren.

In a statement, Spangler did not elaborate on why the purchase fell apart, other than stating that certain sale conditions were not met.

“Unfortunately, Necco could not meet multiple conditions to closing set forth under Spangler’s purchase agreement,” it said. “As a result, Necco decided to sell its assets to the next highest bidder.”

The Metropoulos family is known for reinvigorating classic brands including Hostess, Pabst Blue Ribbon, Bumble Bee, Chef Boyardee, Vlasic, Ghirardelli and Perrier Jouet, among others. Daren is also the owner of the Playboy Mansion, which he purchased in 2016 for $100 million.

“We are extremely excited to bring our extensive background and expertise to bear in working to revive Necco and its amazing brands, all of which have a special place in the heart of Americana,” Evan Metropoulos said in a statement.

Daren Metropoulos added, “Acquiring Necco is a special opportunity to create a robust platform designed to build critical mass and create the potential for consolidating additional confectionery brands in the near future.”

Necco — whose products include Necco Wafers, Sweethearts, and the Sky Bar — traces its roots to 1847, making it the country’s oldest continuously operating candy company. Most of the 232 full-time employees work out of the headquarters on American Legion Highway. Operations at the company are slated to continue through the fall. Beyond that, the future of the company, including where it will be located, is unknown.

“Everyone is pleased Round Hill stepped up and moved promptly to pursue the purchase of the company,” said Mike McGee, Necco’s chief executive. “And we’re pleased to go forward with them.”

Necco filed for Chapter 11 bankruptcy protection in April after three creditors tried to force the candy manufacturer into an involuntary bankruptcy, claiming they were owed more than $1.6 million. Murphy negotiated with Necco’s landlords, Atlantic Management Corp. and VMD Cos., to extend the company’s lease on its American Legion Highway headquarters to Nov. 30.

McGee said in court papers that the company had incurred “substantial” debt with liabilities exceeding $152 million. In March he notified state officials and Revere’s mayor that the company would lay off about 400 workers and executives if it couldn’t find a buyer by May.