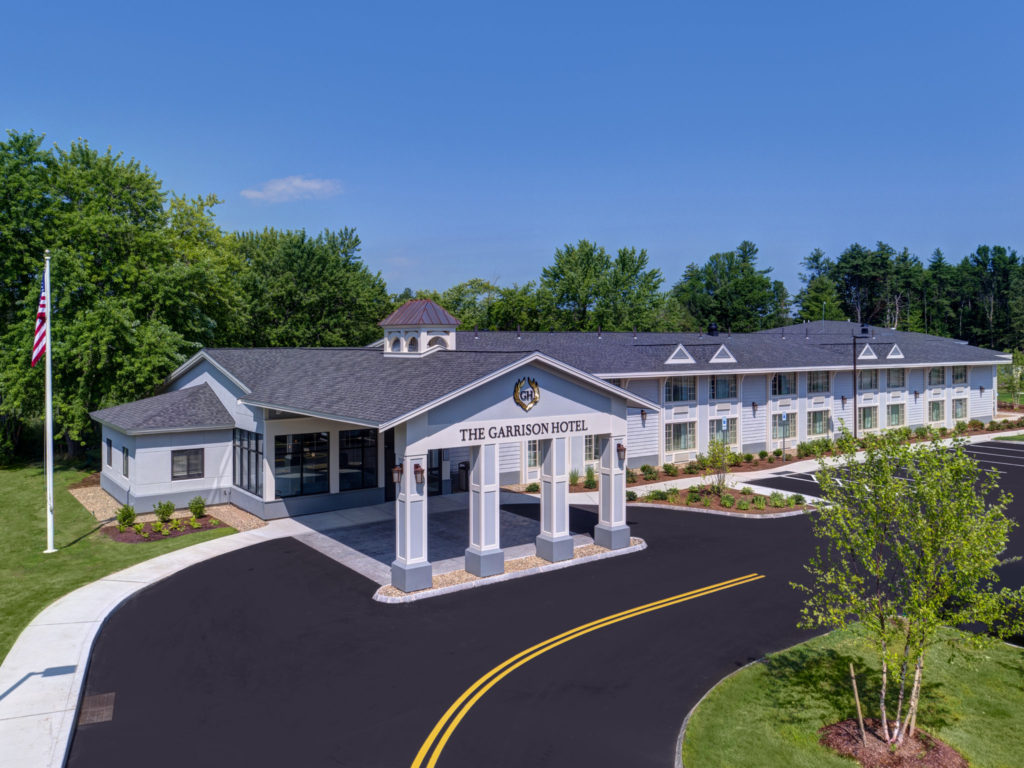 A new 66-room boutique hotel is coming to the Garrison City.

The Garrison Hotel, located in the newly-developed Silver Square at 181 Silver St., is expected to open in May or June, according to Mark Bouzianis, co-owner of Port Hospitality Group, which owns and operates the new hotel.

Port Hospitality group is using the skeleton of the existing two-story hotel, but Bouzianis said everything from the plumbing to the windows will be new.

“It’s a great building,” he said. “The idea right from the beginning was to keep the building and gut everything so that everything is brand new.”

“We’re so different from any other hotel in Dover,” Bouzianis said. “I don’t think we’ll impact anyone else, we’re just so different.”

The Silver Square development, at the site of the former McIntosh College, is nearing the completion of Phase I of the project. Phase I will include The Garrison Hotel, a Dunkin’ Donuts, which is also projected for a spring opening, and an assisted living facility, expected to open later this year.

Jim Vitas, managing member at VMD Companies, the developer of the project, said in January that Phase II of the project will include a 66,000-square-foot medical office and bank branch. VMD is expected to start leasing Phase II this spring.

All told, Silver Square represents a development project of more than $50 million.
Bouzianis said he is excited to be a part of the Silver Square community

“The architecture is beautiful there,” he said. “It will very much keep with the architectural tradition of Dover.”

Bouzianis said the city’s history was considered throughout the design process.

“With Dover being both the oldest settlement and fastest growing city in New Hampshire, it has this wonderful way of supporting growth while staying true to its roots,” Katherine Bouzianis, marketing director at Port Hospitality Group, said in a statement. “As a local business, it’s really exciting to be joining other local businesses with this common goal. We’ve been grateful for and humbled by the welcome we’ve received so far, and we’re really looking forward to partnering with the community to attract more visitors to the area.”

Port Hospitality Group has also worked with the Woodman Museum in Dover. Mark Bouzianis said the hotel will display some artifacts from the museum in the lobby, and may have rotating displays celebrating Dover’s history.

According to the Group, The Garrison Hotel will offer a variety of room types from standard rooms to king-sized suites and in-room kitchenettes. The hotel is now accepting reservations for June. More information can be found at thegarrisonhotel.com and at https://www.choicehotels.com/new-hampshire/dover/ascend-hotels/nh025.

Port Hospitality Group owns and operates the Port Inn in both Portsmouth and Kennebunk, Maine.